All Shots were taken from Carl’s Jr. on Mehar Ave on Saturday January 30th, 2016. I use a Canon 30D and I did utilize a tripod for the blur shot where the subject is blurred but the background is not. The ambient light made shooting the blurs a bit difficult, but I was able to overcome by lowering the ISO and aperture to reduce available light which allowed me use slower shutter speeds to get the blurs I was looking for. 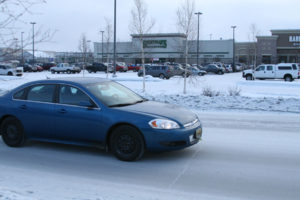 Image composed of a blue sedan moving about 30 miles per hour. I used a higher ISO and shutter speed to stop all motion of this action. 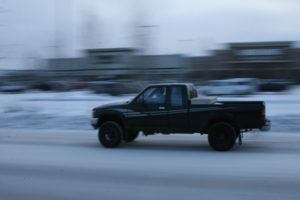 Image composed of a black Toyota truck moving about 30 miles per hour. I used a low ISO and shutter speed while panning the camera to follow the trucks movement. This effect kept the truck in focus while the background was blurred. This technique accentuates the action of the shot and focuses your eyes on the item in focus. 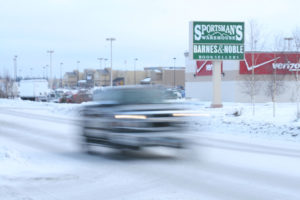 Image composed of a Chevy truck moving about 30 miles per hour. For this shot I used a tripod so the background would stay in focus for the longer shutter speed. I used a low ISO and shutter speed while not moving the camera (tripod). This effect kept the background in focus while the action of the truck was blurred.

This site uses Akismet to reduce spam. Learn how your comment data is processed.